We use cookies to ensure that we give you the best experience on our website. If you continue to use this site we will assume that you are happy with it. OK 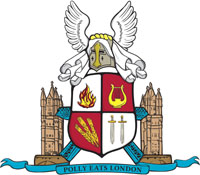 Posted in Around London

Posted in Around London

The Isle of Wight. Compton Bay, Shanklin Chine and Beach, The Garlic Farm

Posted in Tart and quiche

One may think an onion soup is a cold-weather dish but I can eat the soup all year round because I love the sweetness of onions in it. The recipe is simple however not a quick one because the onions need long slow cooking in butter and oil and then slow simmering in stock. But the whole process, which lasts around 1 and half hours is worth the effort and time (we currently are having plenty) as develops the amazing rich deep flavour of the soup. The onion soup should be served hot, even in summer, sprinkled with Parmesan or grated Swiss cheese with the grilled slices of white bread. Find the recipe here…

Politiko Simiti are braided circular sesame-crusted bread rings. They're a fuller version of traditional Greek and Turkish bagels - Koulouri and Simiti and originate from the Greek bakers of Constantinople. Politiko Simiti are coated with petimezi – grape sweet molasses that creates caramelisation in the oven, with toasted sesame seeds and then baked. They're crunchy outside, soft and a bit gooey inside. Simiti can be served plain, with jam or cheese such as feta and olives. Traditionally the bagels are baked the same day after a two-stage rise but I kept them in the fridge overnight to get their flavour developed and have the texture lighter. Find the recipe here